This is a report written by Mirjam, who has been with the Masai tribe. Mirjam is a big help to us in our work.

I would like to tell you about my trip last Tuesday to Mswakini to hand out humanitarian aid. We started earlier than normal this year because of the severe drought. This year they have attempted to sow three crops, but they have all failed. Although, the rain started on time this year, it stopped. We had five days of effective rain, and that was it. The lake is almost empty, and the pump for drinking water broke down. It is being repaired, but three weeks have passed without clean drinking water. Soon they will have to walk 19 kilometres for a single bucket of water. The life of a Masai is not easy. 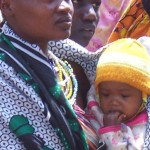 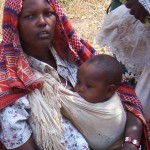 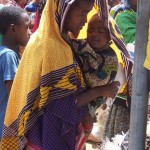 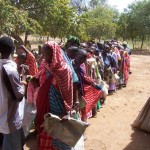 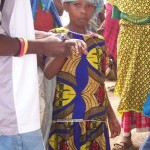 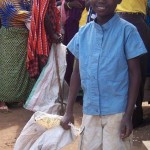 But let me tell you about what happened, when we went to buy maize. You may have heard, that there is a famine in Kenya, too. So, they go from Kenya to Tanzania to buy the small harvest they have. To explain, what this means, I have to say that normally for this season one sack of maize is about 25-30,000 shillings. We had to pay 52,000 per sack. This is twice as much! Now, it is illegal for Kenyan´s to buy maize in TZ, but they are hungry, so they sneak through the bush across the border, so they will not be seen by the police. But God was with us, and we managed to get 100 sacks, which is 10 tonnes of maize. It was all handed out within a week! 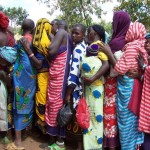 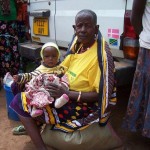 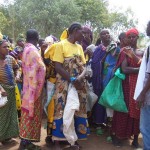 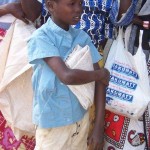 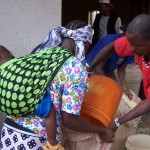 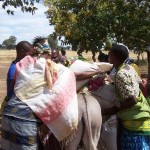 Then, last Tuesday we went to the Mswakini Masai territory with 50 sacks of maize. When we arrived, there was trouble, because a government official had to come and talk to the people about the opening of a new building, and they demanded that EVERYONE showed up. But everyone had gone to the church to see us, so a lot of important men came to me and said, we could not hand out food till they had finished, and the minister was afraid to let us continue, because He would get in trouble with them later. So, what to do? Should we go home, or how could we solve this problem? But then we found a way to involve the chief, to whom we have a good relationship, and He immediately said that “mama” could hand out food to all the women, and then the men could stay for the meeting. So we gave thanks to God for giving us a peaceful solution, and we could still hand out food. 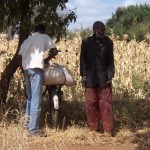 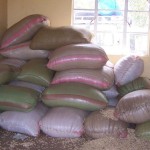 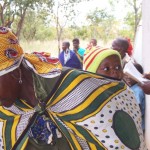 The women swarmed like bees as soon as they were given permission, it was evident, how hungry they were. Firstly, we handed out food to the neediest families, the seniors, the widows and orphaned children. When we had given food to the families, we had invited, we had about ten sacks left. All the uninvited women stood in a long line, and we shared, what was left. Not a single grain of maize was wasted, everything was picked up, just think, many of them started chewing on the raw grain, it was frustrating to see, they were so hungry. 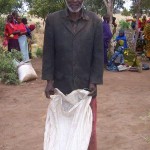 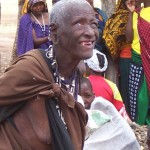 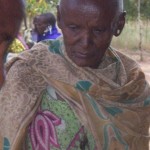 I received many thanks, hugs and blessings, and these are, what I really want to share with you, because without you this could not be done, God has placed me here as a caretaker of what He has given me, and I hand out, what He sends our way. God is faithful in the big and small things. 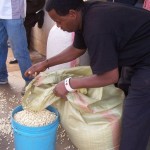 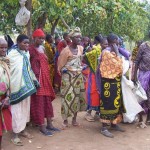 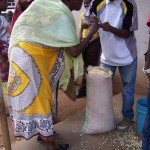 Thank you, if you will pray for us as a family and for the Masai´s.

Pray that we are able to help them through yet another hard situation, and that the love of God will be spread out among this proud people.